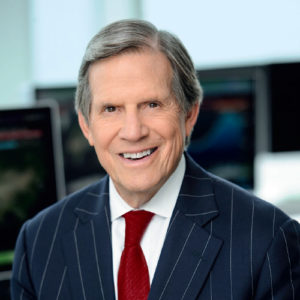 As the Chairman of Bloomberg L.P., I am a firm believer in the saying, “if you are not moving forward, then you are moving backward.” The innovators I work alongside every day incorporate the best of the old and the new, achieving greatness by letting go of deeply ingrained assumptions, asking hard questions, and taking calculated risks. They honor the past, without being beholden to it.

Pomfret has always been a world-class institution, but over the last few years it has set a new standard for teaching and learning among secondary schools. I first became active in the Pomfret community when our middle daughter, Tory ’02, started on the Hilltop in the late 1990s. Since then, I have become deeply involved, first as a board member, and eventually, as the board chair.

In 2014, I helped establish the Grauer Family Institute for Excellence and Innovation in Education with my wife, Laurie. Through progressive program design, technological advancement, strategic partnerships, and great leadership, the Institute is both a mechanism for mission alignment and a catalyst for future growth and development.

To maintain its competitive advantage in the marketplace, I believe Pomfret must continue to transform how it educates students or risk being surpassed. As much as this Institution has accomplished, it cannot rest on its laurels. The work is too important. The stakes are too high. Pomfret has a very bright future ahead of it, and this campaign is going to help get us there. We all need to help. 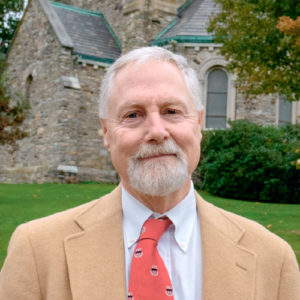 A Tradition of Innovation: The Campaign for Pomfret School is our first comprehensive campaign in more than a decade, a $60 million fundraising effort honoring the past and celebrating the future.

A lot has changed since Pomfret’s founding in 1894. What has remained constant is the human thread — an unbroken line of people striving to make things better for the next generation.

As a member of the Pomfret community, you are critical to our success. When you support this campaign, you are supporting all the people, past and present, who have made this school great. Education is, perhaps, the most human of endeavors. And, those who choose to support the School provide its lifeblood. As we undertake this effort, I hope you’ll lend us a hand.

If you have a question or would like to learn more about the campaign, please do not hesitate to ask. We are all here to help.

Justin Klein ’65
Chair, Board of Trustees